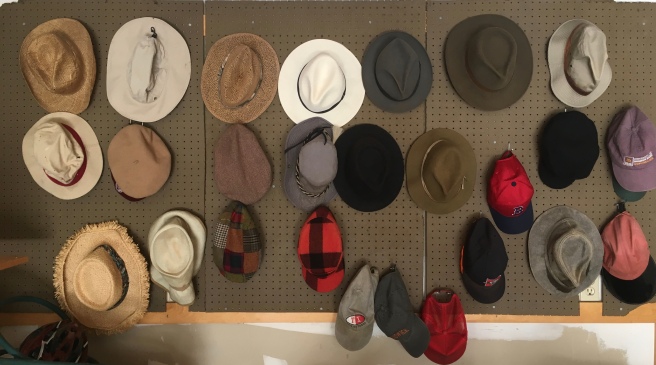 Mary Lee and I are getting ready for our next trip. This one is a cruise, something neither of us has ever been on before, and one of our concerns is what clothes we should pack. The information we’ve received is helpful—dress casually, plenty of active wear for sun and rain, no jeans at dinner… Still, I’m concerned, especially about what hats to bring.

Hats have always been a part of my life. Many early pictures show me wearing a hat. I started with one of my Grandfather Lufkin’s fedoras, and then graduated to having one of my own. (How many five-year-olds can you think of who had his own fedora?) 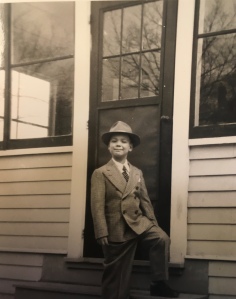 I also remember getting a cowboy hat for a birthday present, and of course, my little league baseball caps. In early adolescence, I played trombone in a Dixieland band called the “Ivy Leaguers.” We wore chinos and plaid caps, both with belts in the back. During my senior year in high school, our basketball coach required us to wear not only a coat and tie to games, but also a hat, because he told us wearing a hat reduced our risk of catching cold.

We had no problem with this (my hat, I think, was an Alpine job with a small feather in the band), for in 1961, all men still wore hats. Men who worked blue-collar jobs wore caps while men who had white-collar jobs sported fedoras. (Usually. One of the things that made Art Carney so funny on the Jackie Gleason show was that his character, Ed Norton, wore a fedora and worked in the sewers.)  Even though he wasn’t employed by the railroad, Grampy Lufkin often wore a blue and white striped railroad cap; a lot of men did. My father wore a khaki colored cap to work in the summer and a green and black checked cap in the winter; then, after he retired and spent a lot of time fishing, he wore a long-billed cap called a “swordfish.” No matter the occupation, however, every man had at least one fedora for Sundays. (Women, too, always wore hats when they dressed up.)

As legend has it, all that changed when John F. Kennedy was elected President. As I understand it, he had a large head and didn’t like hats, so that when he was inaugurated, he eschewed the traditional top hat and went hatless, thus creating a precedent that lasted for several generations.

I still wore hats, however, usually either to keep my head warm in the winter or ward away bugs in the summer. And without really noticing, I added a hat here and a hat there, until today 30 hats hang in the garage by the back door, not to mention another three or four stocking caps tossed in with my gloves. Some hats I take with me on pilgrimage: summer and winter weight Irish caps when I’m going to the British Isles; wide-brimmed sun hats for Israel, Africa, and Arizona. 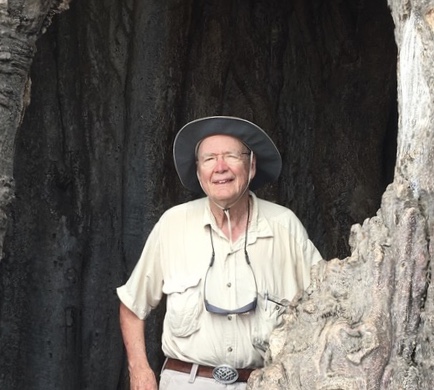 For over twenty years, I’ve worn a Tilley Hat, complete with horse-hair hat band, for hiking. When I play the banjo, I wear a fiddler’s cap (sort of like a Greek fisherman’s cap) or an old fedora. 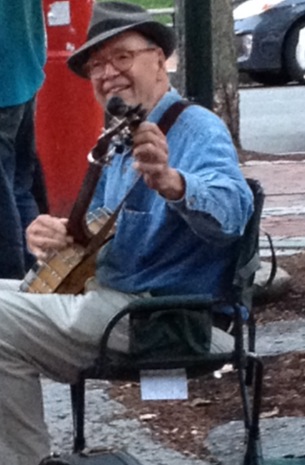 I have a fedora for church, and all kinds of baseball caps—Boston Red Sox, Portland Sea Dogs (a Red Sox affiliate for those of you not from New England), a blaze orange one for hiking the woods in the fall, and one with a blackfly over the words, “Maine State Bird.” In preparation for summer, I just bought a new Panama.

How did that happen? Why am I so drawn to hats? I read somewhere recently that almost all of us collect one thing or another. One theory is that this desire is instinctual, going back to our early ancestors who stocked food, clothing, and so forth in times of plenty for the times of famine. Okay, but I don’t see a lot of pictures of cavemen in hats.

I know that some of my hats help me preserve the past; for example, my fedoras remind me of the men of my youth that I wanted to emulate. I have baseball caps reminding me of San Antonio, Texas, and of my MFA program. I bought a winter stocking cap in the Old City of Jerusalem when the temperature was at least 90°. The hat I wear most, year-round and both around town and on pilgrimages, is a long-billed swordfish cap that I bought to replace my father’s which I wore after he died until the strap in back broke. It keeps both sun and rain out of my eyes, can be worn under a hood, and, of course, reminds me of Dad. 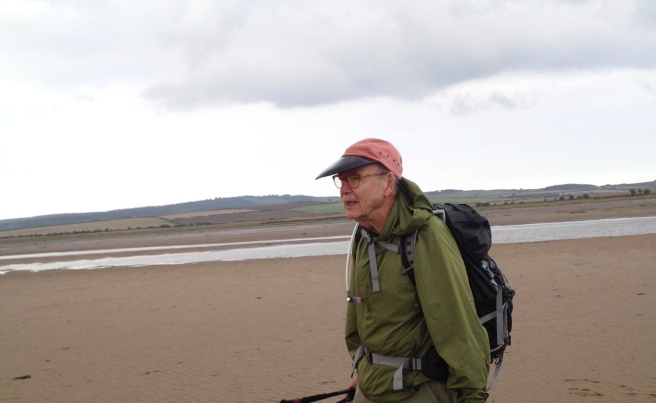 One day just before my daughter’s death, before going into a conference room with some of her doctors, I put an Irish tweed cap in a closet by the door, and someone took it—I’m assuming by mistake—and left me a cap like it, only with ear flaps for cold weather. I still often wear it in her memory.

After Laurie died, during probably the worst time in my life, Mary Lee and I went to Colorado for April vacation. There, I bought a cowboy hat and wore it the whole time. The hat made me feel like Tommy Lee Jones, plain-spoken, tough, in complete control. I’ve still got a couple of cowboy hats, one straw and one wool. For some reason, they always make me feel better when I’m upset or anxious about something.

I also find it calming to go out once or twice a year and rearrange hats.

As I think about it, I started adding hats when I began teaching high school English in Down East Maine. At a time when teachers were dressing more and more informally, I wore ties with matching pocket handkerchiefs, double breasted blazers, and bell-bottomed pants, all topped with either that Irish cap I wore before Laurie died, or a wool bucket hat that matched my topcoat. They validated me as “Mr. Wile,” just as, I suppose, my other hats validate me as a hiker, a writer, a musician, or a pilgrim. 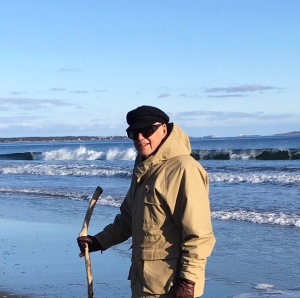 Do I really need this validation, especially now, at my age? Do my hats represent all my “false selves”—cowboy, adventurer, academic, musician, and so on—revealing my inability to get in touch with my real self? Are they a kind of role playing, or a form of security blanket, a way for me to hide from the world?

Maybe. But I’d like to think that they represent—even proclaim—that I am multi-faceted. That, as Whitman wrote, “I am large, I contain multitudes.” Perhaps my hats are a way to ask, “Who does God want me to be today?” That they are a cause to celebrate, not denigrate.

So, what do you think, maybe the swordfish cap and the new Panama for the cruise?

5 thoughts on “Hats for the Journey”