I’m due at the Winter Harbor, Maine Library in an hour to do an “author talk,” but the drive up from Brunswick didn’t take as long as I’d thought it would, so I have time to kill. Obeying a sudden impulse, I keep on driving another 10 miles along Route One until I come to a small sign, “Gouldsboro Point,” and take a right down a road I haven’t been on for 30 years.

My journey changes from self-promotion to pilgrimage.

Once upon a time I lived and taught not far from here. On weekends and school vacations, my first wife, my daughter, and I drove down this road to my wife’s parents’ cottage of weathered shingles, perched on a grassy bank overlooking Gouldsboro Bay, one of Maine’s more secluded coastal indentations.

To me, “the Point” was a spiritual, even mystical place, where I could adore a mostly unspoiled Nature. I loved wandering the woods—ten square miles of spruce, birch, and maple trees, bounded on three sides by roads and on the fourth side by West Bay, which juts from Gouldsboro Bay like the claw from a lobster. Summer, fall, winter, spring—the season made no difference. The pungent smell of autumn leaves, the anthems sung by a June breeze through the spruce trees, the caress of the sun or the rain or the snow on my face called to a longing inside me.

And then, as my marriage began to sink beneath swells of bickering and troughs of silent condemnation, these weekend walks in the woods became a life raft: both an escape from the rest of the week and a call to another life, although at the time I couldn’t have told you what that other life might be.

Today, the road down to Gouldsboro Bay is both eerily familiar and startlingly strange. There must be twice as many houses as I recall—one and two-stories with large windows and long driveways that contrast with the faded white houses that have been here for probably a hundred years or more. Rounding the bend at the end of Gouldsboro Bay, I see a new pier thrusting into the water with a large yacht tied up beside it.

Driving a few hundred yards further, I see the cottage where I spent some 20 years’ worth of weekends and holidays. It has new siding and a second story now. Across the road, where I used to enter the woods for my weekend walks, stands a large log cabin.

Which gets me thinking about the logging roads behind the cabin I used to walk, and the day I followed one of them past some old cellar holes and gnarled apple trees until I saw West Bay in front of me, high tide twinkling in the sun.

I remember turning right and re-entering the woods, up a faint path that ran along a bluff overlooking the bay, then stopping to walk under a canopy of spruce trees toward the bay to get a better view of the water. Standing in cool dark shadows under a huge spruce, I gazed across the glittering bay. I don’t recall what I was thinking about—probably daydreaming about travel or writing fame or sex or my unhappy marriage—until I heard a muffled noise—almost a thud—that seemed both faint and powerful at the same time. The air around me shifted perceptively, and then part of the shadow moved.

Twenty feet above my head, dark wings extended to over six feet across, the interlocking feathers a kaleidoscopic pattern of browns. Tapered wingtips separated and lengthened like sepia colored knives. A white tail fanned, lifted. One flap of wings sent the bird away from the trees, its legs down, curved talons extended. As it arced, I beheld a massive white head, a yellow hook of a beak, and one black eye under a furrowed brow. Then the eagle caught a thermal of wind and soared into the sky, and slowly began to circle the bay.

I felt numb or dumb for a moment—Gee, wasn’t that an eagle that just flew off over my head?—followed by an excitement that was a mix of joy and awe —God, that was an eagle that just flew off over my head! My legs trembled as I stood on the embankment and watched the bird become a tiny cross in a royal blue sky. Even after the eagle vanished over the islands at the end of Gouldsboro Bay, my heart kept up its tattoo. A small waterspout churned across the bay, raising white caps. Seaweed undulated below me. The world seemed to be dancing and I wanted to dance with it.

As I turn around in the driveway to the log cabin across the road from my former in-law’s cottage, I remember my excitement at just seeing an eagle at a time when, because of pesticides and other pollutants, only about 30 pair lived in the entire state. I recall the grace with which the eagle took flight. I recollect my mixed feelings of fear and awe and joy. But as I drive back towards Route One, what I remember most is the dead weight of sadness and frustration I felt when I tried to tell my wife what I’d experienced.

“That’s nice,” she said. “But I wish you’d stayed here and helped me paint the porch railing. Now I’ll have to finish it next week. Wash your hands. It’s almost time for supper.”

I know many people prefer to make their pilgrimages alone. Some writers say all real pilgrimages are solitary experiences. Maybe so, but today I see that being under the eagle’s wings might have been my first realization of how much of the longing I’d been feeling on my woodland walks had been for someone to share my joy and my sorrow, my uncertainty and my plans. I think of my loneliness on those nights when my first wife and I drove back from the Point to our house, funereal distance separating us like a fogbank, and then I recall the night I met my second wife, Mary Lee, when we talked until three in the morning about everything from snake hunting to God. Our letters to each other sometimes reached thirty pages a week. I wish she were here now, even though I kissed her good-bye only a few hours ago and will kiss her hello tonight.

I realize it’s when I isolate myself that I get into trouble: not only how often I get lost when I walk alone, but also after my daughter Laurie’s death, when I retreated into my den with a bottle of scotch, when my guilt and my anger alienated me from my family and friends, when I stopped going to counseling because I was convinced that my story was worse than anyone else’s, when I miss a few weeks of my twelve-step program, when I don’t meet regularly with a spiritual director.

I don’t know about you, but I need to share not only my anger, shame, and confusion, but also my happiness, dreams, and successes with someone else, someone who can make me feel that what I’m experiencing matters.

Which is why I think most of us need a spouse, a partner, a good friend. Why a lot of us need God.

I’m back on Route One now, heading for Winter Harbor—looking forward to talking with people about my writing, but anticipating even more getting home and telling Mary Lee about my day. 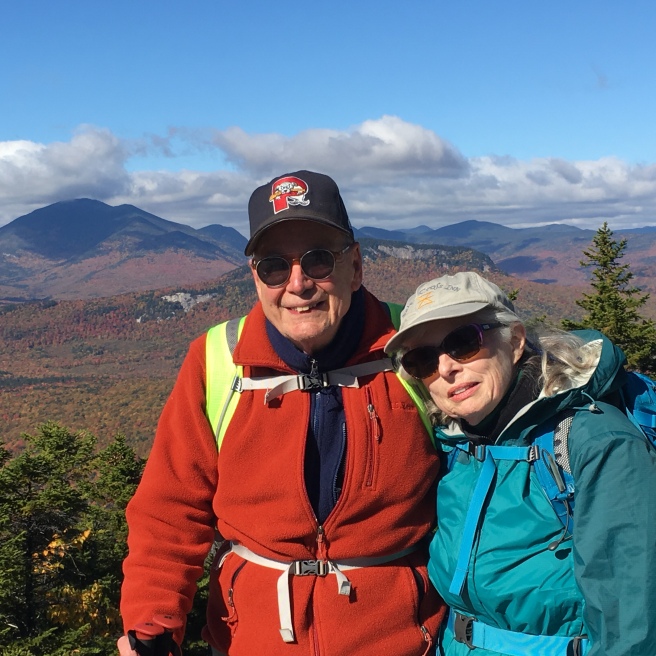 One thought on “The Eagle”